How Old Is Your Child? 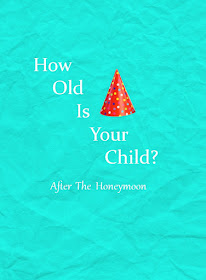 If you've been around anyone with children or happen to have a few yourself, you know one of the first questions asked(other than what their name is) is how old they are. If they're under the age of 4 you will more than likely hear not a year but a number of months, usually a double digit of months.
You're probably thinking right now, okay and your point? Exactly. Why do people get so annoyed and bent out of shape when people use the month measurement of age for their child. Maybe you've never heard anyone complain about it before, or maybe like myself you've seen some people write mile long rants on their social media accounts about someone having a 36 month old and not a 3 year old. But why?! Is it hurting anyone? Is it hurting the child? Are people just so opposed to math? Actually I totally understand the last one.
Yes I get the whole thing about if you're 30 years old you don't say you're 360 months old, but who cares if someone did? For me this whole uproar is like getting mad if someone says 1 gallon or 4 quarts of water. It doesn't matter, they're the same thing, and most people know that.
Now this blog post is by no means an attempt to demonize those of you who are annoyed by the month system. Hey, we all have things we get a little too exasperated by. For me, it's people who take up the whole grocery aisle. There's room for us all! I think sometimes we let ourselves get too irritated with the wrong things, like me with the aisle hogs. If only people were as irritated about things they could make a difference with. If we all banded together we could have wider grocery aisles for everyone, but I digress.
For some parents calling their children by the month number instead of a year is just a way of cherishing the baby days. Those days when you clap over every new thing, and of course Instagram a picture of the moment with the appropriate hash-tags. The days of babyhood go by faster than you could believe. No matter how many people tell you "blink and you miss it", we all do. I'll probably keep going by the month with my son until I can't do it in my head. Or at least until he tells me to stop.
So keep on calculating those months, and weeks, and days, and minutes, and soak each one in. Celebrate every first, and every last. It only comes around once, make it count.


Linking up with Natalie & Annie 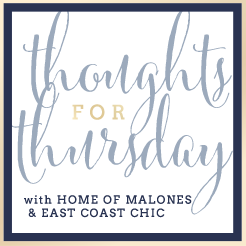